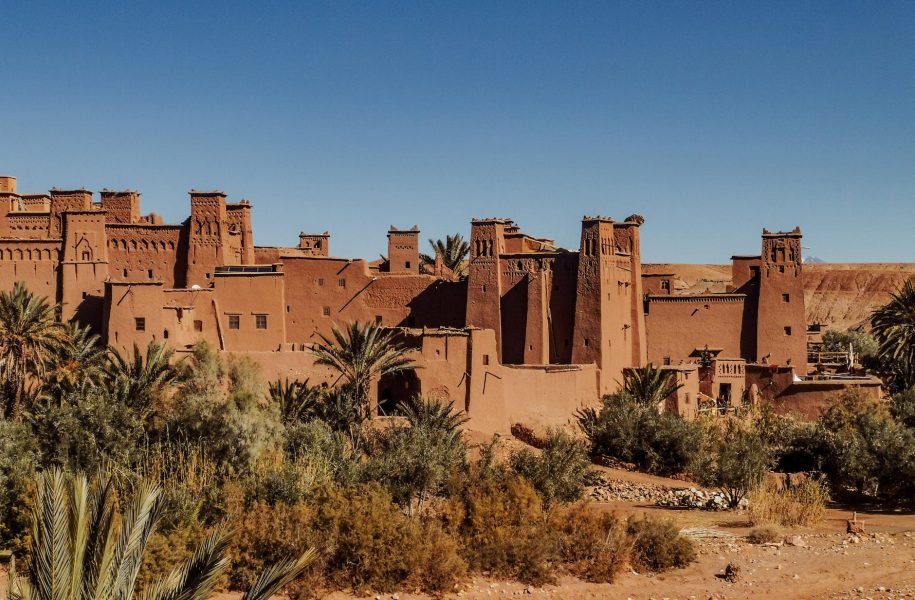 Posted by desertbrise on 11 December 2021 | Featured

Moroccans who are of Arab and Berber origin, and the rich history .that has influenced their way of life, have many positive characteristics such as hospitality and generosity. They are also distinguished by their traditions in cooking and food service. the Moroccan culture in their marriage, and their special traditions in daily life. But the most important thing about Moroccans is that most of us are Muslims, and our behavior and culture are influenced by Islam.

1- ORIGINS AND LANGUAGES OF THE MOROCCAN PEOPLE

Morocco is an Arab country, but Berbers are the main origin of most Moroccans. Due to their existence in Morocco before Arabs arrived in the country during the 17th century .when the Arabs arrived they had a huge impact on the Moroccans. and passed on Islam to become the main religion of the country. In addition, Moroccans are distinguished by the harmony between Arabs, Berbers, and Jews. Thus, 98% of Moroccans are Muslims and Berbers, with a minority of Jews.

Arabic is the main language of the country, but there are many other languages spoken by Moroccans in the countryside. such as Tarfit, Tamazight, and Tesgalhit.

In Morocco, the family is at the heart of everyone’s life and individuals are connected to their families. They have therefore preserved the traditions of meeting family members and asking each other about their news.

Moroccans still wear traditional clothing and men and women wear the traditional djellaba. women also wear the “kaftan” which is an elegant and casual dress. Brides wear several changes of the kaftan and can wear up to seven in one night’s ceremony. And each one has her accessories and jewelry that make her look distinguished. Guests admire these dresses and look forward to seeing the next one.

Wedding ceremonies show the richness of Moroccan traditions through music, cooking, and clothing. They also show the bond that remains between Moroccans as family and friends come to share the day.

The ceremony lasts from 3 to 7 days to accomplish all the traditional customs. Two days before the wedding day. the bride goes to the traditional hammam with her friends and family, which is considered an act of purification.

The next custom is the famous Moroccan henna. in which symbolic shapes are drawn on the bride’s hands and feet. On the wedding day.

they dance and sing after starting the ceremony by reading Koranic verses. and then the husband offers gifts to the bride. To end the ceremonies and in some regions of Morocco, the bride’s mother-in-law greets her with milk and dates. What increases the popularity of these dresses is that many celebrities wear them on the red carpet. The djellaba is also traditional, but it is not worn by younger people.

Another traditional thing that is made by Moroccans is the “Tarboobsh” which is a red hat.

3 – THE MUSIC OF THE MOROCCAN PEOPLE

In Morocco, you will hear the rhythms of the music of the Moroccans .who are so popular and each region has different types of music. The first is Andalusian, which is a mixture of Arabic and Spanish music. with the use of many instruments such as the flute, violin, and orchestra. consisting of rubab, darbouka, and a kind of four-string mandolin. The singers, most of whom are men, perform in traditional clothing. Andalusian music can be heard during the religious ceremonies of the Moroccans. The second type is the Rai, which became very popular among Moroccans in the 1990s. after the death of the Algerian singer Cheb Hasni, and spread to the north of the country. This type of music is a mix of traditional and modern instruments.

Another type is Gnawa music and it’s a mix of Arabic, Berber, and African rhythms. They use a two-headed drum and metal castanets. It dates back to the 16th century but has undergone many changes. such as the mixing of musical styles such as jazz.

Berber music is played in different Berber places in this country. and they play it on the round drum – or Bendir – and the banjo. Each Berber tribe has its style and they mainly play it during big collective celebrations. Moroccan Arabs do not speak their language and therefore do not often listen to this type of music.

Moroccans, with their Berber and Arab origins, have many good things that characterize them, such as their hospitality and kindness. as well as their family and social life, which are important to everyone. They are famous for the wonderful music they play and the traditional clothes they wear. Their wedding ceremonies are celebrated with many days of festivities and customs.

Morocco is the third host country in the world. According to the World Economic Forum’s survey measuring the quality of the reception of foreigners. The survey was carried out in 2013 and is mainly based on countries’ attitudes towards tourists.
Only 20 countries out of 140 received a rating of “very good reception”. Traveling is almost the same as being reborn, you will not only be confronted with new and difficult situations. but you will also not understand other people’s conversations. The best gift you can receive is welcoming eyes and a welcoming heart all around you. Tourists visiting Morocco will never forget the hospitality of Moroccans or neglect to mention it in their travel stories.

It is more likely to receive invitations from Moroccan families when you travel alone especially in small villages. You can easily be invited to someone’s home after a conversation with a guide. a shopkeeper, or even a taxi driver, or just by asking a passenger for information. Don’t worry, the invitation is usually sincere and the host will be very happy to receive you. However, never reject such a request before looking for a convincing reason, the host may feel rejected and it is otherwise an exceptional experience not to be missed. The same goes for the person who shares the food with you once you pass by. Moroccans believe that it is God who has put the food on your path –

6- THE EATHING HABITS OF MOROCCANS

Moroccans usually eat from a common dish, but new visitors can get their plate. It is up to you to refuse or not to accept the given plate. your hosts just want you to feel comfortable. Also, before walking on the room carpet, try to take off your shoes, it is a common tradition to avoid cleaning the carpet: an exhausting task to accomplish. In addition, Moroccans wash their hands before each meal and use their right hand when eating. for religious reasons, it would be better if you did the same. Muslims also say “Bismillah” (in the name of God) before eating and “Hamdolillah” (praise to God) once the meal is over. Even if your appetite is fully satisfied, the hosts will invite you to eat more. a good way to refuse is to say “Baraka, chakra” (i.e. that’s enough, thank you).

In Morocco, reception remains a long and complicated process. The host spends a lot of money and does his best to offer a complete experience. a good meal, interesting conversation, and a unique space for rest. Your host will certainly encourage you to eat more in each set until you can’t take an extra bite. The first things you will be given are tea glasses as well as sweets and peanuts or dried fruit. But don’t eat until you’re full, it’s just an introductory meal, your host will prepare a feast for you. The next dish will be a couscous, pastilla, or tagine of chicken, kefta, or fish. Don’t forget that there are other meals waiting to be served, so eat in moderation and don’t think you’re finished until you’ve seen some fruit: this is the most common closing meal. Throughout the whole process, your host will be warm, kind and so happy to see you at ease, so a happy face is the best gift they can give.

In Morocco, even children exceptionally welcome their guests and try to eat slowly so that the guests can eat as much as they probably can. Moreover, a fabulous fact to know is that in every Moroccan family there are specific plates, trays, forks, spoons, and knives that they never use before a guest arrives.

Moroccans respect the beliefs of tourists. and do not talk much about religion so as not to cause embarrassment. But if you ask them questions about any aspect of their spiritual life. they will be happy to explain, giving all the details they know. At the same time, you also have certain responsibilities. For example, if you are planning to enter a mosque. you should know that it requires more than a passion: it requires physical and mental preparation, specific body washing (i.e. ablutions) according to the Qur’an. as well as adequate coverage for both men and women. Even Muslims would not enter the mosque if they did not meet any of these conditions. Moreover, when you are welcomed by Moroccans. try not to wear sexy clothes, respectable clothes will not only make them feel comfortable but will also honor you.

From the moment you arrive until you leave, you can’t need anything. Moroccan families share everything with their guests with a unique kindness. What is also striking about the Moroccan welcome is how natural and spontaneous it all seems. When tourists are lucky enough to encounter such wonderful values while traveling. the best thing they can do in return is to be kind and respectful in order to preserve this authenticity for as long as possible.

It is therefore also the responsibility of tourists to make Moroccan hospitality last. no matter what changes the world is going through.